Directions in the Philippines

In the GPS and map quest world of the U.S. and modernized countries getting around is becoming easier and easier.  Now-a-days, you can jump into your

car and with no more thought than entering an address into your GPS, you can mindlessly drive your car as an electronic voice guides you on the road.  Well, in the Philippines, driving directions are done differently then they are in the States.  First of all, many, if not most of the streets are not marked with a sign to identify them.  Second, even if you had a map or GPS of where you are going, that doesn’t guarantee that you will get there because many of the streets are blocked off or converted to one-way streets to help expedite the flow of traffic.  That being the case, directions in the Philippines are more often given using land marks than with street names and addresses.  Here is an example using some directions given to me for the hotel that I stayed at while teaching a preaching module in the city of Batangas. 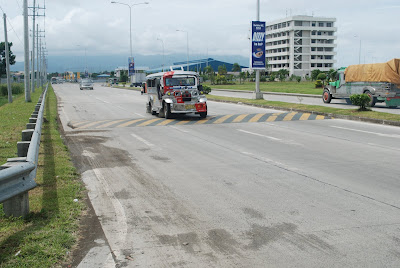 Well, somehow I found it.  Often finding your way using someone’s directions in the Philippines often involves a lot of sanctification, many u-turns, asking people on the sides of the road where a place, marker, or street is and a lot of prayer.  It’s not perfect, but it almost always works.

Posted by Sean Ransom at 8:44 PM No comments: