Peace at the Bridge 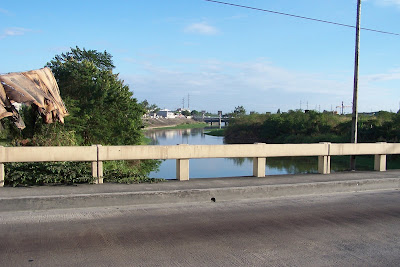 The sign said that all of their homes would be demolished and that they must all move out by Nov. 22. I got a text message on my phone from one of our friends from the bridge on the night of Nov. 22 that said, "Pastor, we have peace." Our friends at the bridge are rejoicing! In response to the threat of their homes being demolished and having no where to go they prayed and God listened. I learned that at their meeting with the Department of Urban Poor, they were told that there homes (100 plus families including our friends from the bridge and also those living along the sides of the river) will be demolished, but that they extended the deadline to August of 08. That's good news, but the better news is that they will be the first group in their city that will be relocated into new apartment type homes that they will own. They said many other groups were not given this opportunity, even others who lived near by. It appears that God is showing favor to these people. I pray that they will see His hand in this and that they will praise Him for it. My fellow workers and I will surely point this out to them. 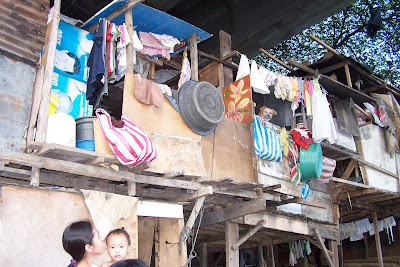 These new homes will have luxuries in them that our friends from the bridge don't currently have. These luxuries are pre-wired electricity, running water, and a toilet. Kuya Edwin shared with me earlier in the month how he was concerned about a relocation plan that required every family to pay a down payment on the home and a monthly payments of just over $20 a month (which is tough when you only make about a dollar a day and have a family to cloth and feed). This problem has been solved by a program that has all the families who receive the homes work 1000 hours each at helping to build their homes. In exchange, there will be no down payment and the month payment will instead be about $10 a month. This will be tough for some, but should be do able. 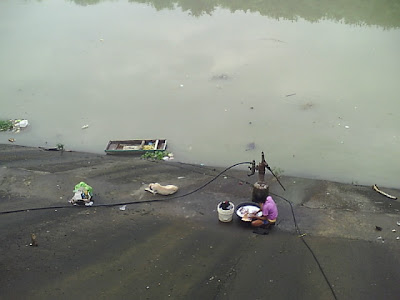 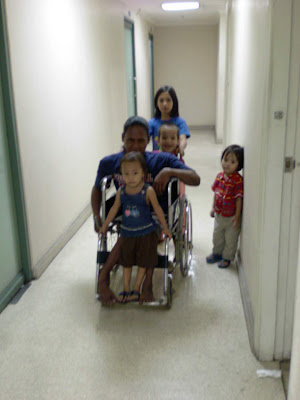 My friend Obet is a little concerned about this because his handicap will probably prevent him from being able to work. I am hoping that short term construction teams from the U.S. and our local church here can assist by working for Obet and helping our friends from the bridge in the construction to speed up the time for families to move in. I will check into the details to see if this is possible, but if anyone has interest in helping or sending a team between next January and August, please let men know. Continue to pray for our friends at the bridge and in the surrounding area. Pray that they will recognize God's mercy and kindness to them, not only in their temporary needs, but in their eternal needs through the sacrifice of His Son so that their sins can be forgiven.
Posted by Sean Ransom at 4:29 PM No comments:

Banished from the Bridge? 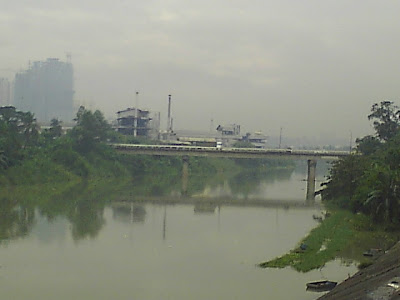 Through my car windows I could see people on the sides of the road huddling together where ever they could find a dry spot. It was raining hard on my way to the meeting. Just a few days earlier I received a text message on my cell phone that said, "Kuya Sean, the MMDA (Metropolitan Manila Development Authority) posted a sign that said all of us at Manalo Bridge must move out by Nov. 21 and that they would be demolishing our homes." A meeting was set for today, Nov. 20 to discuss the possibility for relocation to government housing. After Kuya Edwin shared the news of possible government housing I thought, great! that means they could actually own their own homes. Even if they were small, these potential homes would be theirs and they would have running water and electricity. Then Kuya Edwin told me that they would have to pay about P1000 pesos a month (about $24 a month) which means that the deal was not as good as it sounded at first because most of them can not afford that.

When I got to the meeting at about 9am, the rain had stopped and I was greeted by many people from Manalo Bridge and the surrounding community. I learned that not only were the people from the bridge threatened with being kicked out (about 25 families), but also the people living along side of the river banks (about 75 more families). Since the meeting started later than expected I was not able to stay till the end of it. I will find out what happened later and relay what I learn. 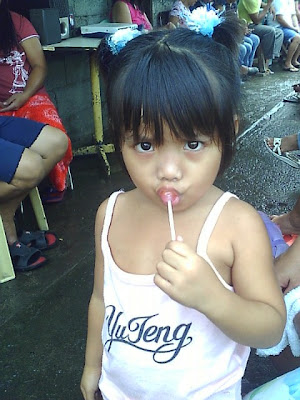 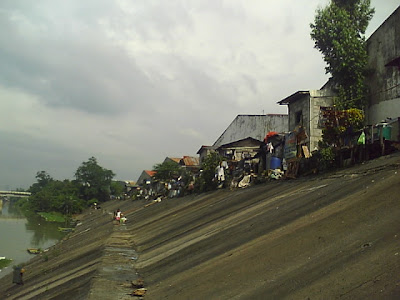 I understand that squatting on some else's property is illegal and I can sympathize with both the property owner and the poor person who is squatting because they have nowhere else to go. However, these people are squatting on government land. Land that is not really used by the government or the general public. As you can see in the picture above, they are living on the side of the river where no strip mall or housing track will ever be built. Their homes are built against the back of some businesses or other squatter houses.

Some of my friends had been waiting there since 7am and the meeting didn't even start till about 10am. I could see the concern in the faces of the people who already had so much to worry about. Many of them were unemployed and didn't know how they were going to pay for food, water, medicine, school supplies for their children, etc. Now they have to worry about weather they will have a roof over their heads. Most people I know are worrying about what they are going to buy for their kids, friends, and family for Christmas not where will they sleep. 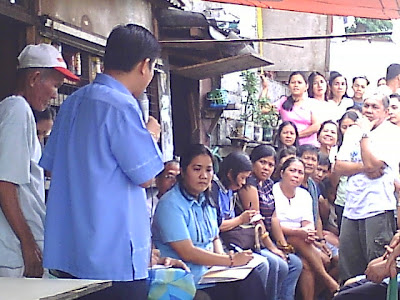 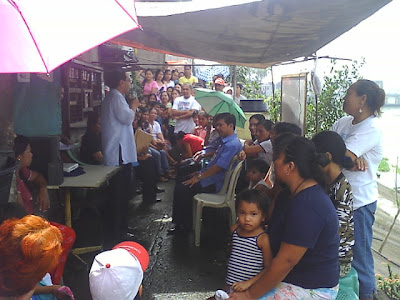 One neat result of this trial is that our friends from Manalo Bridge are praying like they have never prayed before. We just got a text from them that they are organizing their first prayer meeting. Please pray for our friends that the government will give them an extension so that the children will at least be able to finish the semester at their schools. Also pray that affordable housing will be found for them to relocate to. Personally, I pray that if they are relocated they will be near enough for us to continue to minister to them. I will keep you posted on what God is doing with our friends at the bridge.