My turn to be a hypocrite

After landing at the Manila International Airport and having just gone back home again to unpack our 12 boxes, seven suit cases, and 7 carry on items, (try that with four kids and a pregnant wife) I found myself back at the airport again only 10 hours later. This time I was at the air port to pick up a small team of friends who will be ministering with me at a preaching conference next week. Well, I would like to say that it was a smooth day, but my first day back was greeted with a little testing from the Lord. I passed a few tests and failed a few. Let me tell you about it.

First, I left about 45 minutes earlier than usual so as not to take a chance at leaving my friends standing at the foot of a hot and humid curb side in the middle of a city of 12 million people and almost as many narrow streets (many of which have no street signs). I didn't want them to worry or to have to lug around several carts of luggage looking for a telephone to call me. As I was making my way to them I thought I would try a short cut. Its a short cut when you know where you are going. One pull over to the side of the road to look at my map, and two pit stops to ask for directions at gas stations later, I found my self heading the right way. I still had plenty of time because of the extra cushion that I left. I thought. Then I heard this little sound from my van which had not be driven for the last month while we were visiting the states. The air conditioning was not longer cold. I thought, "I'll have to deal with that later." A few seconds later I could smell something strange, but the Philippines is a land of many smell (a lot of them not very pleasant). I noticed in my side mirror a little smoke. My initial thought was irritation at who so many vehicles belch smoke out here because of no regulations. Not only do I have to smell it in my car, but now I driving through it. That stuff seems to stick to your car and is hard to clean off some times. As a car block traffic in from of me I had came to a stop. It was then that I noticed that the smoke was coming from my van.

I pulled into a place that fixes car air conditioners and learned that something in mine got clogged which seems to have caused my compressor to burn up. My welcome back to the Philippines was an estimate of $300 to fix my a/c. I was still able to drive as long as the a/c was turned off (what a miserable trip). There was still time to make it to the airport so I continued this journey. Driving up the arrival ramp I slowly drove by the curb site where people wait for their rides to pick them up. I scanned the many faces but didn't see my friends. My hope was that they were still making there way through immigration and customs. I decided that I will park my car and look for them from the waiting area. This required me to circle the airport one more time in order to get to the parking lot.

Here comes the next test. I was stopped at a light so I thought I would give Jessica a call to see if she had heard any news about the flight being on time or delayed. I un-buckled my seat belt so that I could get to the cell phone that was clipped to my belt. The street light turned green while I was talking to Jess. I made my u-turn and was heading back into the airport when a couple of our friendly traffic officers flagged me down and pulled me over. 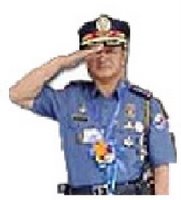 They kindly pointed out that I was not wearing my seat belt and that I would have to pay a 500 ($10 U.S.) pesos fine plus go to a one day seminar within the next five days. I asked if it was possible to get an extension because I did not have the time to go to this seminar during the next two weeks. He then asked, how can I help you sir? What a nice guy. He told me that I could either make the payment at a local bank and go to the seminar, or pay him on the spot, but without a receipt.

Several times I have said that we have to put up with the inconvenience and jump through all the hoops of this system if we hope to have any chance to end this corruption. Still pulled over at a little island and blocking traffic, I was able see the airport parking lot where my friends might be waiting for me. The officer seemed to be in a hurry for my decision and my friends were waiting. I asked, "If I pay you now, will the matter will be finished?" He said yes and I paid the man. I know what a hypocrite. I repented and wonder what opportunity I had lost by not trusting God and taking the easy way out.

I did pick up my friends and I beat them by ten or fifteen minutes. When I told them what had happened one of them said to me, "If it makes you feel any better, I would have done the same thing." That did make me feel a little better, but it doesn't take away from the fact that I was wrong. We drove the one hour back to my house with out any problems other than having no a/c.
Posted by Sean Ransom at 12:28 PM 3 comments:

Visiting the States, but not Home

It's been several weeks since my last blog, but I hope that you'll forgive me in light of my travels. My family and I are currently visiting family and friends in California. I left a week before Jess and the kids so that I could catch a few graduations. One broken plane part and TWENTY-FIVE hours later I arrived via Manila, via Tokyo, via Honolulu, and finally to Los Angeles. Praise the Lord I did arrive safely with all my luggage. Jess and the kids had a shorter flight, but kudos to Jess who managed to travel with four kids two of them under five (and a fifth child in her womb).

My friends David and Ruth Lowe, Cherisha, and Hiromi picked me up from the airport at about 10:30pm and we proceeded directly to Taco El Oso in Arleta (aw, the tacos of the gods). After reading Randy Alcorn's books in "Heaven", I'm even more convinced that Taco El Oso will be in heaven. Just past and to the right of the pearly gates. From there we went to Denny's for desert (Yes! Real ice cream), which I washed down with a caramel apple crisp. I lost about 12 pounds in the Philippines in about a year and a half, and I think that I may have gained it all back in the last three weeks. God Bless America home of the super sized everything.

It was a little strange being in the States again after almost two years. The first thing that struck me after getting off the plane was how opulent the Delta terminal is. Roman columns, marble floors. Everything was so clean, new, big, and brite. The second thing hit me while traveling through some neighborhoods that I remember to be kind of scary. Run down parts of the valley that are infested with gangs, drugs, and prostitution. I remember years ago being a little nervous while waiting at stop lights in these parts of town. However, things were different this time. These unkept and uninviting areas now looked so clean. The streets were so wide, the apartments were so clean and well kept. I even felt safe. Had things changed in these cities. I don't think so, I think that God has changed my perspective. I see the world a little differently now. My opinion of what poverty is and who are poor is not the same as it used to be.

I am also struck by my diminished compassion for those asking for money on the sides of the road or outside of restaurants. I just can't help remember the many faces that I see everyday in the Philippines who are asking for money because they have no where else to turn and are desperate to work. People who would thrive here with all the opportunities that many in the States are not willing to take for one reason or another.

The last thing that struck me is the growing feeling that while visiting the States I was not visiting home. This feeling actually started in the Philippines, but a sense of being a pilgrim or a man who is just passing through this world and is on the way to his home has been growing in me. I can't deny how beautiful America is. In just a few weeks back I can already feel the desire to stay. The air is so clean, the sky so blue, and the mountains are awesome. In spite of that, nothing here on earth satisfies. The more I travel and see the world, the more I sense that my real home lies somewhere else...Heaven. I can't wait to go there and be with God. Anyways, enough rambling. I will write more about our trip and post a few pics soon.
Posted by Sean Ransom at 5:50 AM No comments: