Following are updates on previous blogs and opportunities for you to join me in prayer as we trust God and watch Him do wonderful things.

Jerwin is the young man living under Manalo Bridge that I recently wrote about. I'm took him to East Avenue Medical Center to have his eye prepared for a prostetic. That was the first surgery of a two part procedure. So far he had surgery to prepare the eye socket and next week he will have a second surgery to install the eye. 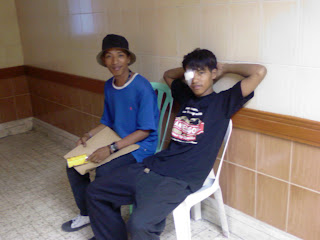 When I visited him the other day I could see that he was in a lot of pain and the bandage over his eye was pretty dirty. I’m sure it is a challenge to keep it clean living in the environment that he does. I bought him a clean one and some medicine to help with the pain. I’m confident that when it is all done he will be pleased with the results and have no regrets.

Jerwin and I had a nice time talking during our last 3 office visits. He is a junior in High School and is interested in studying electronics. His mom makes about $3.00 a day which helps to support the family. Jerwin has 5 brothers and sisters, but his mom is unable to support them all so some of them live far away with their grand parents. I helped his older brother J.R. get a job driving a pedi-cab in our neighborhood, which should help the whole family out financially.

Jerwin seems to show interest in the Lord. A couple of weeks ago I got him a book for new believers or interested non-believers. He has read half of it so far. At the book store I noticed that he liked comic books so I bought a few that teach the gospel. I'll keep you posted on Jerwin's progress.


Pastors at the bridge

At the moment it appears that it will be just one pastor working under the bridge. The other man, Robert is getting married so he won’t be joining Pastor Rick to minister under the bridge.
Pastor Rick has been impressing me over the last few months for several reasons. First, he has been showing initiative. He has taken it upon himself to go to the bridge early every Sunday to teach the adults there in addition to the afternoon bible study. Second, when it appeared that I could not afford to pay for his rent and food he said that he was willing to live under the bridge with no electricity or running water so that I could afford to support him and his ministry (a room under the bridge is a lot cheaper than in the near by area). Since then, someone has given the money to rent a room for him near the bridge; A room with electricity and water for at least the next 10 to 12 months.

The other thing that has impressed me about Pastor Rick is his insight for the needs of our friends at the bridge. Knowing that they don’t have electricity, he is helping me to get a generator for them. It will only cost $300 to $400 and he has already raised the first $100. The people are excited at the thought of having light at night and at the fact that the light will draw the mosquitoes away from them. Pastor Rick also has plans for helping them build a community bathroom and for making some stairs in the common area. These stairs should make the area safer for the whole community. Tyler hasn’t had a big asthma attack in a few months now. The doctor has us giving him a new medicine in the hopes that it will prevent future attacks. He was doing well till earlier this week. He is starting to have coughing fits again, but his breathing isn’t too bad. We have been using the nebulizer several times a days. I get nervous whenever he coughs a lot because I hate seeing him having a hard time and I dread having more long nights of watching his breathing or extended stays at the hospital.

Chariel is the little boy who has a whole in his heart. At his last visit with the doctor the doctor told us that it is better for Chariel to wait a year. That way his heart will be bigger and better suited for heart surgery. Another advantage to waiting is that he will only need one surgery. If he has heart surgery now, it would only be a temporary fix until his heart gets big enough for the permanent fix. Chariel’s dad Ariel is still a regular at the bible study under the bridge, however, his mom has been hit and miss.

With the help of friends we are trying to establish TMAI. This will be a training center that is affiliated with The Master’s Seminary and John MacArthur. Lord willing, a few other graduates from the Master’s Seminary and partners her in the Philippines will join me here to train men in expository preaching, church planting, and teaching the various “ologies.” Then we will send them out to minister throughout the country and abroad. Pray that God will work to make this happen in His perfect timing.

Currently, I am taking a group of about 15 men through hermeneutic (how to interpret the bible). After we finish hermeneutics we will proceed to expository preaching. These men may be the foundational group for the training center and I have learned of a few other interest groups who want their men trained.
Posted by Sean Ransom at 7:52 AM

Click Here
Posted by Sean Ransom at 11:10 AM No comments: 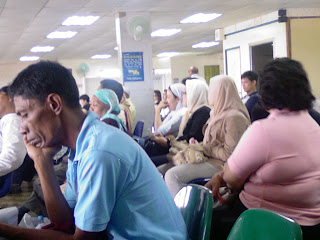 From where I am sitting in the Cagayan De Oro City airport, I can see many Muslims. I am on my way back to from the . I get stares from time to time in , but I'm getting a lot more of them here. It's probably because white guys are more of a sight . I'm one of two in this room which was packed with some 400 people up until the last plane flew out a few minutes ago. There are only a couple of terminals here and all the departing passengers fit into one large room. 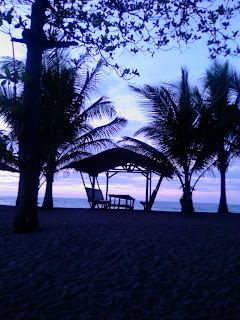 here for a 4 day conference that focused on partnering
with Filipino nationals, missionaries, American Churches, and any one else who is interested in reaching Muslims for Christ in Mindanao and other countries. As a result, God has filled my heart and mind with new ideas, questions, and more passion for reaching Muslims. For years it has been one of my desires to reach the southern most of the where the majority of Filipino Muslims live.

I already know that it is dangerous for whites/westerns in many areas in Mindanao and that they are obvious targets, but I learned from some of the speakers at the conference that whites/westerns can actually jeopardize the safety of the national workers if they are seen with us (white/westerners). The best plan for western missionaries is to help train Filipino nationals is to do it from remote locations, like in where I live, or to meet them in safer locations near them. 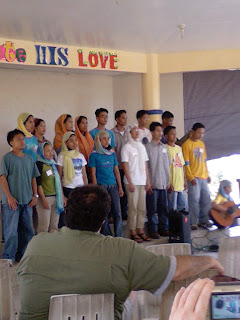 I listened to the testimony of many Filipino men and women who are putting their lives on the line everyday to share the good news that Jesus Christ wants to pay the price of sin for those who trust and follow Him. They shared about the difficulties of living and ministering on among rural communities with no running water or electricity. They are giving their lives to serve people, many of whom want to kill them. Some have already been killed and some of them know that there are people out there who have been paid to kill them. One young man said that before he leaves every morning to minister, he gives his wife and two young daughters big hugs because he knows that each day could be their last together on this side of heaven. A team of three missionaries told of how their pastor friend and his daughter were shot multiple times (19 times for him) and how the team was warned that they were next. The fled for a short time, but have since returned to continue to preach the gospel. I join them in the belief that Jesus is so worth it. He is worth much more than our lives. Scripture says in Luke 9:24-25,

[24] For whoever wants to save his life will lose it, but whoever loses his life for me will save it. [25] What good is it for a man to gain the whole world, and yet lose or forfeit his very self?

The Filipino missionaries plead for more training, support, and co-laborers to work with them to reach the many unreached people of the Philippines; which their research show to be over 2 million people. Let’s all do our part, weather it is training, supporting, going, or praying, let work together so that the nations can hear about and see Jesus in and through us!

Posted by Sean Ransom at 4:10 PM No comments: